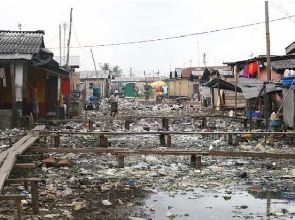 Mr. Ebenezer Nartey, Member of Parliament (MP) for the Ablekuma Central Constituency, has condemned the apathy shown by the residents, especially shop owners at Mataheko towards the National Sanitation Day exercise.He said in spite of the regular public announcements made for everyone to participate in the exercise, the shop owners just closed their shops, did not participate in the exercise and patiently waited for time to start trading activities.Mr Nartey, speaking in an interview with Ghana News Agency, said the attitude of the shop owners was unhealthy and could derail the entire process.He said the National Sanitation Day was aimed at pushing an agenda for proper sanitation in the society adding that “Cholera doesn’t know NDC or NPP member but rather whenever it occurs, it does spread across”.Mr Nartey said one of the ways of tackling the poor sanitation is for everyone to be actively involved in the process adding that he would support any effort to impose stiffer punishments on non participants.He said the “Operation Clean Ablekuma Central Campaign” would soon be launched and all the electoral areas in the constituency would be provided with adequate logistics to ensure success in ridding the area of filth. 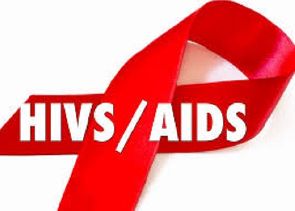 The Ghana AIDS Commission says the prevalence of HIV/AIDS amongst the country’s youth in 2017, particularly those below the age of 24, rose to about 45% nationwide.The Commission attributed the upsurge to unprotected sex as well as low knowledge of the youth about the infection.Speaking at the launch of the 2018 World AIDS Day, the acting Director of the Commission, Steve Kyeremeh Atuahene, bemoaned the prevalence rate.“Young people take a lot of risks that expose them to HIV infection, but they do not protect themselves. Protection is use of condoms during high risk sex. Knowledge of HIV prevention is also low among young people. And so whilst they are taking risk they do not seek the knowledge that will enable them protect themselves, neither do they use the protective methods available to them. This is the reason why we are seeing high number of new infections among young people under 24 years,” he added.As part of efforts to reduce the spread of the infection, Atuahene said the Commission has adopted multiple approaches including intensive education.He also encouraged the youth to check their HIV status.

Read more: HIV/AIDS among youth up by 45% due to ‘risky sex’ – AIDS Commission 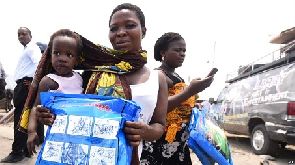 The Greater Accra Regional Directorate of the Ghana Health Service (GHS) is to register households within the Region to pave way for the distribution of the long lasting insecticide treated nets (LLINs) aimed at eradicating malaria in the Region.The registration exercise, which is scheduled for November 6 to 12, would be followed with the main distribution from November 22 to 28.The use of the long lasting insecticide treated nets have been found to be cost effective approach towards reducing new cases and deaths due to malaria, health experts have indicated.The distribution of the insecticides in the Greater Accra Region would therefore, mark the end of a nationwide Point Mass Distribution Campaign (PMD) that started by the GHS in February 2018, through which the GHS and its partners facilitate and implement a programme to distribute LLIN to the people of Ghana.At a media briefing in Accra on Friday, Dr Charity Sarpong, the Greater Accra Regional Director of Health Services, said the best way to protect individuals and families from malaria was to encourage them to sleep under mosquito nets.She said because mosquitoes that spread malaria bite rested indoors and had peak biting times between dawn and dusk, sleeping under the treated net was an effective way of preventing them.Therefore, since 2003, the GHS had been promoting and distributing LLIN to many Ghanaians at various points through the hospitals, schools, antenatal and postnatal points, among others, to ensure that more people got to sleep under the nets, and were protected to help to reduce the malaria burden, Dr Sarpong said.She said over the years, the GHS had embarked on several strategies that would help to address the high morbidities and mortalities caused by malaria and especially among the vulnerable groups in the society. 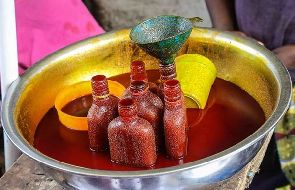 The Medical Director of Iran Clinic, Dr Masoud Maleki Birjandi, has urged parents not to give their children, suspected of swallowing dangerous substances, palm oil to induce them to vomit.He explained that the practice was quite dangerous because if it was not well coordinated and controlled by the body’s reflexes, a person could get some of the vomitus into the airway and be choked to death.InterventionsHe said the crude interventions had often worsened the conditions of children who had drunk dangerous substances.Dr Birjandi stated this in an interview with the Daily Graphic at a training programme on first aid being undertaken by the Iran Clinic, in collaboration with the Ghana Red Cross Society.The training programme is under a project to train 10,000 first aid volunteers in the Greater Accra Region. A Memorandum of Understanding (MoU) has, therefore, been signed between the two organisations to that effect. 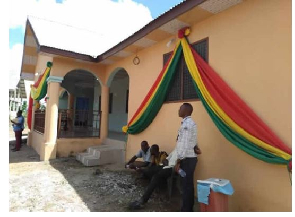 Member of Parliament for Bibiani-Anhwiaso-Bekwai Constituency in the Western region, Kingsley Aboagye Gyedu has inaugurated five Community-based Health Planning and Service (CHPS) compounds in the Bibiani Municipality.The MP, who is also Deputy Health Minister, indicated that the projects were financed through his share of the National Health Insurance Scheme funds allocated for members of parliament and also with the support from the $1million per each constituency initiative.According to him, it is the vision of the New Patriotic Party (NPP) government to provide health facilities closer to every individual to boost access to health care.This he said, is to meet the Millennium Development Goals (MDG5) which focuses on universal health coverage which challenges countries to ensure that access to quality health care is universal and equitable for all, irrespective of location, economic status, age and gender.Mr. Gyedu said government is determined to provide a CHPS Compounds to at least one electoral area within the country to ensure the well-being of the people.The beneficiary communities were Lineso, Chine, Ntakam, Akaasu and Sefwi Apenkrom, all suburbs of Bibiani.He tasked the health workers posted to the various CHPS compounds to be respectful, committed, patience and desist from rude attitude to the people.