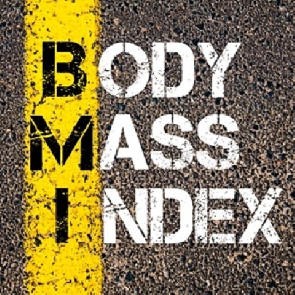 Body Mass Index (BMI), a measure of body fat, is linked to risk of death from every major cause except transport accidents.This was revealed by a new research published in The Lancet Diabetes and Endocrinology, and copied to the Ghana News Agency.Led by the London School of Hygiene & Tropical Medicine and funded by the Wellcome Trust and the Royal Society, the research suggests a BMI of between 21-25kg/m2 is associated with the lowest risk of dying from cancer and heart disease.The study is one of the largest studies of its kind to look at how BMI is associated with the risk of death both overall, and from a full spectrum of different causes - 3.6 million people and 367,512 deaths were included in the analysis. It said overall, both low and high BMI were associated with an increased risk of death.The researchers say that while BMI is recognised as a risk factor for mortality overall, the findings from this study will support the public and health workers to understand how underweight and excess weight might directly affect different aspects of health, or be indicative of underlying health problems.It said obesity (BMI of 30 or more) was associated with a loss of 4.2 years of life in men and 3.5 years in women with excess weight associated with a higher risk of death from the two leading causes of death, cancer and heart diseases, as well as deaths in several other major categories including respiratory diseases, liver disease, and diabetes. 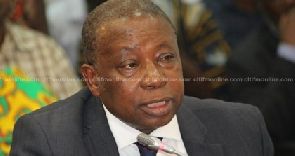 Ghana is one of 11 countries that have benefitted from a Primary Health Care Performance Initiative (PHCPI) to identify measurement gaps in its health care system.The initiative is a partnership among the Bill & Melinda Gates Foundation, World Bank Group and World Health Organisation, in collaboration with Ariadne Labs and Results for Development.The PHCPI developed ‘Vital Signs Profiles’ to provide country-by-country snapshot of primary health care, highlighting where systems are strong and where they are weak, to enable leaders to identify problem areas and make improvements over time.The Vital Signs Profiles are a new measurement tool that policymakers, donors, advocates and citizens can use to better understand, and ultimately improve, primary health care around the world.Launch of Vital Signs ProfilesCountries from around the world joined the PHCPI to launch the Vital Signs Profiles on the sidelines of the Global Conference on Primary Health Care held in Astana, Kazakhstan.With the data and insights that the Vital Signs Profiles provided, countries could understand where their systems were weak and take concrete steps to improve them, said Dr Tedros Adhanom Ghebreyesus, Director-General of the World Health Organisation (WHO). 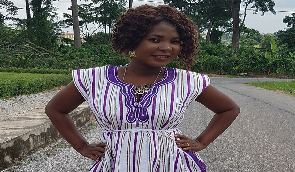 A Midwife is chastising Ghanaian men for sabotaging family planning efforts. Madam Abigail Adjei, who works with the Ankaase Methodist Faith Healing Hospital observes that many women complain about negative repercussions of many of the family planning options.“Some say they bleed endlessly when they take some of these options, others say they grow very lean, some even say they feel faint or lose consciousness all together”.The health worker, who also deals with some maternal health organisations, explains that mostly, the only acceptable choice for such women who claim to have experienced some of these symptoms is the calendar-based method.The calendar method helps you predict your fertile and safe days by tracking the length of your menstrual cycles over several months.Madam Adjei is unhappy however that, men violate this method of birth control at will. She says, the best thing is to use condoms when the safe period is not yet due. “The men however, refuse to use condoms, are unable to withdraw at the point of ejaculation and hence impregnate the women who have put in great effort at learning this method”, she observed.She also stated that many of the women sneak to do family planning because their husbands or boyfriends oppose it and sometimes beat them when they discover they have undertaken any of the long term family planning options. 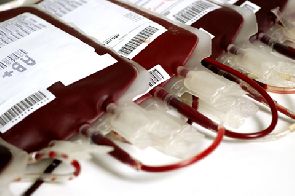 A student of the Lagos State Polytechnic, Samson Matti, has died after he was allegedly infused with the wrong blood and also an overdose of injection at a general hospital in Lagos.His sister Oluwafunmi, who took to Facebook to mourn him, blamed the management of the hospital for her only brother’s death.In her post, Funmi who did not specify the general hospital wrote;”And u guys thought u could jes kill my only brother and go scot-freeI swear down u all will mourn over your childrenImagine a general hospital dat has doctors nd nurses dat are not qualifiedBuh jes bcos of d money u wanna collectU all were all greedyFirstly u gave my brother an overdose injectionAs if dat was not enoughU gave him a wrong blood ….u gave him a blood dat doesn’t really match his blood groupDen suddenly he changed and diedGeneral hospital ijede i swear u guys will all mourn”.

A Ghanaian medical doctor has reaffirmed earlier research positions that sexual activities can lead to “partial or complete relief” from head pain in some migraines.This is nothing new as research conducted by various institutions across the globe have proven that sex cures headaches faster than some painkillers.According to Dr Dennis Bortey, a Public Health professional, instead of using a sore head as an excuse to refuse sex, making love can be more effective than taking painkillers.He stressed that there is no medicine that works as fast and cures headache than sex.He said, sex is medicinal and encourage that couples have it as often as possible to prevent ill health.Dr Bortey who said this while contributing to discussions on GhOne’s television show? ‘Duvet’, narrated how upon medical examination, directed a patient to go home and have sex.“If you have a bad headache, have sex, it is very medicinal. I asked one patient, have you had sex, you know what, go home have rough sex, go hit it. I bet anybody to try it if you have a bad headache”, he said.The medical practitioner bemoaned the Ghanaian attitude of seeing sex as offensive thus, the subject is hardly discussed or talked about. “We need to demystify that,” he said.