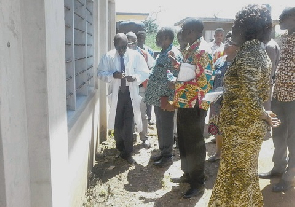 The Ghana Health Service (GHS) Council has commended the Bongo District Hospital in the Upper East Region for establishing a sound referral system which is impacting positively on maternal and child health in the area.The council, however, acknowledged that although the hospital was facing some challenges, the high level of commitment and passion exhibited by staff of the hospital contributed immensely to zero maternal deaths so far this year.The Chairman of the council, Dr Yao Yeboah, gave the commendation during a visit to the hospital as part of a two-day tour of health facilities in the Upper East Region earlier in the week.The tour was meant to afford the council members the opportunity to acquaint themselves with challenges facing the health sector in the region, as well as documenting some of the best practices being implemented by some of the health facilities that have impacted positively on health indicators in order to encourage other facilities to adopt them for improved health of the citizenry. 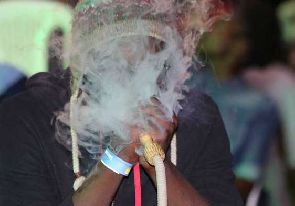 Director of the National Cardiothoracic Centre (NCTC), Dr. Lawrence Agyeman Sereboe, has advised the public, especially the youth, to desist from smoking shisha, as the behaviour has a high risk of resulting in heart diseases.He said although smokers find the smoking of shisha fashionable, it is very dangerous to their health, indicating that smoking shisha for one hour is equivalent to smoking 100 sticks of cigarettes.Dr. Sereboe, who was speaking at the 2018 launch of the World Heart Day in Accra, stated that tobacco in any form is harmful to the body, adding that shisha tobacco contains cigarette tobacco, so like cigarettes it contains nicotine, tar, carbon monoxide and heavy metals such as arsenic and lead.As a result, he said shisha smokers are at risk of the same kinds of diseases as cigarette smokers such as heart disease, cancer, respiratory disease and problems during pregnancy.To this end, Dr. Sereboe stressed the need for Ghanaians to cultivate a healthy lifestyle in order to reduce cardiovascular-related diseases that have been on the increase in recent years.Touching on the theme for the commemoration of the day on September 29, 2018, Dr. Sereboe explained that lack of regular exercises and the intake of fatty and sugary foods are gradually increasing the risks of heart diseases in the country. 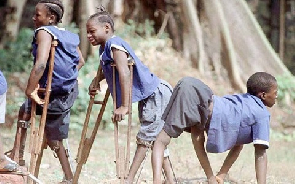 The Ghana National PolioPlus Committee of the Rotary International has entered into a partnership agreement with the One Million Community Health Workers (1mCHW) Campaign of Millennium Promise (MPA) to embark on a nationwide polio vaccination exercise.The two, on Monday, September 17, 2018, signed a Memorandum of Understanding (MoU) to that effect.The deal will see the duo commit to the numerous activities they have agreed upon to end the dreaded polio disease from the West African country.Per the dictates of the MoU, 1mCHWs Campaign of MPA and the Ghana National PolioPlus Committee of Rotary International will leverage on their respective strengths to improve routine immunisation in Ghana in the month of October 2018.The partnership builds on a similar collaboration in October 2017.Immunisation against preventable diseases such as neonatal tetanus, polio, measles, pneumonia and diarrhoea have contributed to reduced under-five mortality in Ghana as preventable deaths have been averted.For example, since 2003, no child has died from measles in Ghana and the country has officially not recorded a polio case since 2008.The One Million Community Health Workers (1mCHW) Campaign has since 2015 been providing technical support to the Government of Ghana in the training, deployment and management of 20,000 Community Health Workers (CHWs) and 1,000 eHealth Technical Assistants (eTAs) to support Ghana’s Community-based Health Planning and Services (CHPS) programme for improved health.The CHWs electronically register households, follow-up on pregnant women and children under five years, provide alerts on defaulters of immunization and antenatal visits for improved health. They (CHWs) are therefore a great resource to conduct disease surveillance, trace defaulters, and detect emerging or resurging diseases before they reach alarming proportions.The CHWs also have an added advantage as they operate directly under the Ghana Health Service structure – the Community-based Health Planning and Services (CHPS) system.So far, the CHWs module has proven to be the best ever module run by the Youth Employment Agency (YEA) with an excellent exit strategy that has seen several numbers of young men and women gain admission into professional nursing training institutions.The exit strategy was developed in partnership with MPA and its stakeholders.As part of the collaboration, MPA will undertake Social Mobilization and Routine Immunization Campaigns by working with key healthcare stakeholders such as chiefs and opinion leaders, religious leaders, community health management committees (CHMCs), school management committees (SMCs) as entry points to educate community members on the benefits of routine immunization.During the immunization week, the CHWs will embark on home visits to educate households especially parents/guardians of children under 5years to garner full participation in the immunization exercise.MPA will also support CHWs to undertake home visiting to educate households on benefits of immunization, monitor project activities and ensure comprehensive reporting.Chief Nat Ebo Nsarko, the Country Director of Millennium Promise Alliance commenting on the partnership deal, stated that his outfit will train and equip the frontline health workers with custom built, GPS– enabled smart phones and tablets to electronically register children under 5 in the respective households including GPS location and immunization status."The eHealth tools will help deploy a targeted response that better identifies and reaches populations and locations with high numbers of children who are typically left out of immunization. The eHealth application guides immunisation, defaulter tracing and tracking, as well as real-time data flow for prompt decision making. This will promote efficient use of resources for maximum impact", he noted.The project, he added, will target some communities in all the ten regions across the country.The Chair of the Ghana National PolioPlus Committee, Madam Theresa Osei Tutu also commenting on the partnership deal stated that Rotary Clubs across the country will be engaged to lead the exercises in the target localities.

GMA worried about increasing consumption of fast foods by Ghanaians 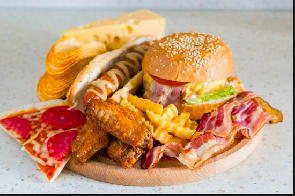 The Ghana Medical Association is urging Ghanaians to patronize locally made foods in order to stay strong and healthy.According to them, the increasing number of heart diseases and diabetic conditions that are reported to the hospitals in recent times are due to the consumption of fast foods, extremely fatty foods and unhealthy livestyles embraced by Ghanaians.Speaking at a health screening exercise as part of the 60th anniversary of the Ghana Medical Association in some rural communities in the Central Region, Central regional Chairman of the Association, Dr. Justice Arthur indicated, the Asociation was worried about the crave for fast foods and other fatty foods by many Ghanaians." We (Ghanaians) think the food that is prepared at the fast food joints and some restaurants which have excess salt, sugar and fats is healthy and we patronize them on a daily basis but the good food is usually the vegetables soup, fruits and other food prepared in the communities. And so we are not to depart from such foods prepared in the homes because they have been proven to be healthy," he said.Dr. Justice Arthur indicated the Association was extremely worried about the repercussions the increasing consumption of fast foods are having on Ghanaians. He avers the consumption of such foods and other unhealthy lifestyles account for many of the non-communicable diseases that are reported in the hospitals."Such diseases are very difficult and expensive to treat. They send many to their graves because they are expensive to treat. It is killing many people. That is why in managing communicable diseases, we advise people to stick to the local foods," he warned. 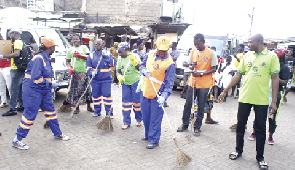 “Let’s do it Ghana”, an environmental non-governmental organisation (NGO), has organised a clean-up exercise in parts of Accra, in partnership with green stewardship, also an NGO.The clean-up, which centred around Nima and surrounding communities, formed part of activities marking World Clean-up Day.Speaking to the Daily Graphic after the exercise, the Country Leader of the organisation, Ms Kate Opoku, said it was to create awareness of good sanitation practices and the need for citizens to develop positive behavioural change towards the environment.Sanitation awarenessShe said Ghana was one of the 156 countries to join the extraordinary activities of raising awareness on global sanitation problems and cleaning their respective countries.The country leader said that her organisation had introduced a world clean-up mobile application that mapped out all thrash points, which would help provide reliable data on waste in the country.