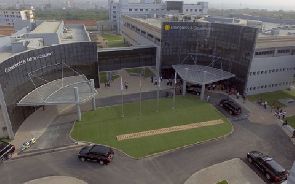 Cabinet has approved $50 million for the second phase of the University of Ghana Medical Centre.

The Health Minister, Mr Kwaku Agyeman-Manu, told Parliament last Wednesday that the $50 million was the estimated cost of the second phase.

He said the Ministry of Health would lay the request for the amount in Parliament next week for approval.

Mr Agyeman-Manu was answering a question posed by the Member of Parliament (MP) for Adaklu, Mr Kwame Goveens Agbodza, as to when the completed phase of the new hospital would be fully operationalised.

He said part of the $50 million would be used to procure drugs and non-drug consumables, as well as secure, reliable power supply for the hospital.

He said the procurement of the consumables and reliable power supply would guarantee the operationalisation of the hospital by the end of July 2018.

Mr Agyeman-Manu confirmed that the first phase of the hospital had been virtually completed.

“From the preparations we have done so far, I want to confirm that the information that the Minister for Information put in the public domain is correct and the hospital will start operating in the course of July,” he said.

He said the Presidency, under the leadership of the Chief of Staff, had constituted a technical team to see to the operationalisation of the hospital.

“The team has recently presented its report, and some proposals have been made. Plans are underway to appoint the required immediate staff for the facility, as well as the management structure to run the hospital,” he said. 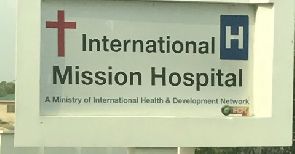 The International Health and Development Network, (IHDN) Mission Hospital, has launched its 10th-anniversary celebration to commemorate the successes chalked over the years.

The anniversary dubbed: “Ten years of improving the Health of the Community through Primary Health Care” is aimed at improving the health needs of the underprivileged in remote areas and grow primary health care delivery.

The event would be climaxed with a grand durbar on July 28th at the IHDN Mission Hospital, Weta-Adzadokpo in the Ketu North Municipality of the Volta Region.

Activities lined up for the anniversary include, fundraising ceremony to acquire a 70,000 dollars digital X-ray machine, commission a five-storey staff apartment and cutting of sod for the construction of a Radiology Unit.

The IHDN is an International NGO championing primary health care delivery in poor communities in Agbozume and its environs since 1996 by a group of Christians led by Dr Edem Agamah, a Ghanaian born Haematologist/Oncologist in USA.

The Network, which has its affiliates in the USA sought to develop sustainable primary health care programmes in small towns and villages in developing countries, using the “Earthly Health Care Ministry of Jesus Christ”, as the module.

In a speech read on his behalf, Dr Agamah, who is also the President of the IHDN Mission Hospital, said the group was formed in the USA in 1996 and a branch was established in Ghana and registered as an NGO in the same year.

He said they started from a humble beginning under a mango tree and later opened a clinic called IHND Family Health Clinic in their living room at Agbozume and as at 2002, with the help of volunteers from America; the clinic was able to treat over 5,000 patients each year. 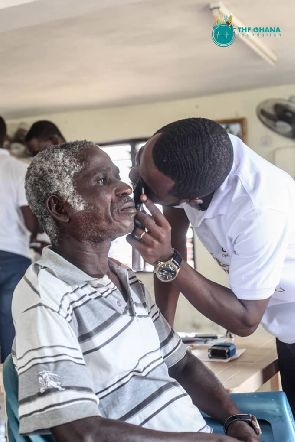 Residents of Funko, a town in the Western Region of Ghana have benefited from a free eye screening and sensitization programme dubbed, “THFGlauCare Campaign”.

The exercise, organized by THF Ghana Foundation in collaboration with Uretope Optical and Vision Center in Takoradi, formed part of events to climax the foundation’s half-year long Glaucoma sensitization Campaign.

The free eye screening saw a quite a large number of indigenes as well as those from neighbouring towns present, with majority of the people also benefiting from the ‘house to house Glaucoma sensitization’ exercise.

According to the Executive Secretary of the foundation, Isaac Asah Adjei, there are thousands of Ghanaians who suffer from various eye conditions, but are unable to afford the cost of medical care to correct the defects.

This he said is a reason the THFGlauCare campaign was launched to sensitize and help those in need to take care of their eyes.

To ensure full realisation of the goal of the foundation, Mr. Asah further called on both government and the private sector to help reduce the growing number of Glaucoma patients.

Partner of the campaign, Dr. Boateng of Uretope Optical and Vision Centre also urged the residents to be conscious of what they eat and cultivate the habit of visiting the hospital regularly for a frequent comprehensive eye screening. 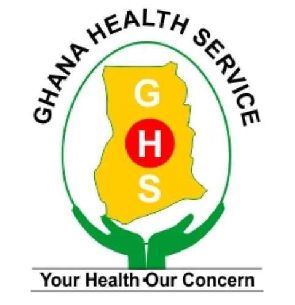 The Ghana Micronutrient Survey (GMS) has recommended the strengthening of the country’s Vitamin A supplementation programme as a measure to reducing the risk of mortality due to measles and diarrhoea among other illnesses.

The study further suggested the strengthening of the vegetable oil fortification programme to increase the coverage of adequately fortified vegetable oil, which could likely increase the quantity of retinol consumed by children on daily basis.

It recommended that in areas like the Upper East and West regions where vegetable oil was not widely consumed, policy makers should pursue social behaviour change programmes that increased the consumption of vitamin A-rich foods and bio fortification programmes, if feasible.

Dr Patrick Aboagye, the Director for Family Health, Ghana Health Service (GHS), at a dissemination workshop of the GMS in Accra on Thursday, said the study was commissioned by the Service in 2017 to provide useful evidenced-based data for policies to improve the nutritional status of vulnerable groups including pregnant women and children.

He said while some data on the nutritional and the micronutrient status of women and children were available, there was no comprehensive assessment of nutritional status measuring both micro and macro nutrient indicators in Ghana.

Hence the objective of the GMS was to obtain updated and reliable information on the current micronutrient status of children from six to 59 months of age, and women 15 to 49 years in Ghana. 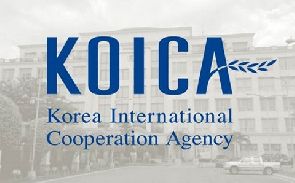 The Government of Korea, through the Korea International Cooperation Agency (KOICA), has donated essential medical and non-medical equipment to the Upper East Regional Health Directorate as part of contributions to improve Maternal, Newborn and Child Health care (MNCH) in the Region.

The initiative was part of the KOICA CHPS-Plus project with technical implementation for procurement and logistics by the United Nations Office for Project Services (UNOPS), which is estimated to cost about $9,000,000 for a period of five years.

The items include 2,902 quantities of assorted consumables while the non-medical equipment include bicycles, raincoats, wellington boots, mobile phones, T-shirts, knapsack, torch lights, tricycle ambulances, among others, which would be distributed in phases.

Presenting the items at a brief ceremony, which was witnessed by officials from the Regional Health Directorate and some Community Health Volunteers (CHV), Madam MyeongSeon Kim, the Manager in charge of the KOICA CHPS-Plus Project, said the project was aimed at improving on MNCH through the promotion of community participation, provision of quality Maternal and Child Health services, and strengthening the health care system.