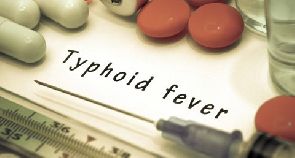 Typhoid Fever has been one of the infections that the Ministry of Health in collaboration with the government are fighting hard to if not eradicate permanently perhaps reduce its impact it is having on us as a country. The Ministry of Health and the government have been working assiduously to educate the general public on this deadly infection that is sending many children and even grownups into their graves, yet it is still a challenge we are struggling with as a country.A research conducted by the Disease Control in 2015 showed that about 9.5% of the Ghanaian population are affected by Typhoid Fever. In 2016, another research conducted by this same group indicated that the outbreak of Typhoid Fever in the overcrowded cities such as Accra, Kumasi, Takoradi and the urban areas is as a result of filth and the rural areas that do not have pipe borne water and boreholes but rely on the streams and river water has increased from 9.5% to 13.6%. Out of this about 0.9% do not make it to enjoy life. Typhoid Fever also known as Enteric Fever is a potentially fatal multisystem illness caused by salmonella serotype Salmonella typhi. This highly adapted human specific pathogen has evolved remarkable mechanisms for persistence in its host that help to ensure its survival and transmission. Typhoid fever is a major cause of illness and death in overcrowded and unsanitary urban conditions of Ghana and even Africa as a whole. To be more specific, Typhoid Fever is caused by contaminated food and water. A recent research conducted across the country by the Kintampo Health College (Disease Control Students) late in 2017 indicated that about 5million people were infected with Typhoid Fever of which about 60 thousand deaths were recorded. 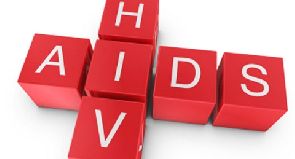 The Ghana AIDS Commission has intensified its door-to-door HIV Aids education and HIV testing across parts of the country.The door to door campaign and testing are part of strategies to get 90 percent of people at risk to know their status, diagnosed and treated.At a capacity building workshop organized for a section of the Eastern and Volta press in Ho, the Ghana AIDS Commission encouraged Ghanaians to know their status.The door to door campaign and testing is being piloted at the Akuapem ridge, Kwahu, Krobo areas.The Eastern Regional technical support Coordinator, Golda Asante was hopeful the campaign will go a long way to raising awareness curbing the spread and treating others who may have contracted the virus.“There are three broad areas we are looking at. One is to increase test rate, ensuring that those who test positive are put on treatment and the third is to ensure that by the year 2020 people who are HIV and are put on treatment will have their viral load suppressed,” Golda Asante said.She said a lot of people have taken advantage of the door-to-door campaign

Mrs Samira Bawumia, Wife of the Vice President, says in the face of declining resources for development agencies, civil society organisations and regional communities need to adopt innovative approaches to end Tuberculosis, Malaria and HIV/AIDS.She said the various partners needed to learn from previous programmes that had been initiated and implemented globally, and replicate their successes in countries with the disease burden to help eradicate them.At the close of the Anglophone Africa Community Rights and Gender Meeting hosted in Accra, Mrs Bawumia said it was possible to achieve success in addressing health issues affecting countries but it was imperative that “we all work assiduously towards success”. She said greater engagement was also needed between partners in civil society including community and faith-based groups to support efforts by governments to ensure the Continent had healthy people at all times. “Good health is essential to sustained socio-economic development and poverty reduction. Access to needed health services is crucial for maintaining and improving health. “The time is right for us to push towards achieving a Universal Health Coverage as envisaged in the UN SDGs so all can have access to quality affordable health care.“We need to promote the health of everyone, especially of our children and women,” Mrs Bawumia said.The five-day meeting, from April 23 to 27, was co-hosted by the Hope for Future Generations and the Eastern Africa National Networks of AIDS and Health Service Organizations (EANNASO). 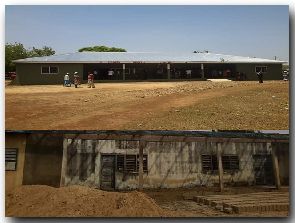 The Yendi Area of The Church of Pentecost (CoP) headed by Apostle William Kojo Edzorhoho, has renovated the Kandin Health Centre in the Tatale-Sanguli District of the Northern Region.A statement issued by CoP and copied to the Ghana News Agency said the renovation, which cost the Church a total of GH¢10,143, was part of its corporate social responsibility to give back to society.It said the facility was in a dilapidated state following a rainstorm which ripped off the roofs and destroyed part of the structure six years ago.It noted that the Church officially handed over the renovated facility to the chiefs and people of the Kandin Community.It said the health centre serves over 10,000 people from 22 neighbouring communities.The statement said it would also serve an estimated 2,496 women in fertility age.Mr Mohammed Abdulai, the Tatale-Sanguli District Director of Health Service, said the Church of Pentecost was the first religious organisation to support and improve healthcare delivery in the history of the District.In an exhortation on the topic, “What Language Do You Speak?” Overseer Isaac Berko, the Tatale District Minister of CoP, called on the residents of the area to speak the language of unity.

A former CEO at the National Health Insurance Authority (NHIA), Mr. Sylvester Mensah, has outlined some challenges confronting the scheme and how we can address them.The man who managed the NHIA for a period of six years under the previous National Democratic Congress (NDC), said, the ''issues are technical and political''.He noted that we turn to place more emphasis on the political solutions and leaving the technical solutions whereas the technical solutions are what will help sustain the scheme.The former legislator for the Dadekotopon constituency in the Greater Accra Region from 1997 to 2001 explained, Ghana has helped other countries in their quest to establish health insurance schemes and in establishing such schemes, ‘’you first have to determine how much money you have into the future.How much money are you ready to make available to the health insurance in the medium to long term? Give yourself a five year period; how much money year on year are you ready to provide? On the basis of that, you develop your basket of health benefits you want to pay for.’’Mr. Mensah said, ‘’for the five years, you know that this amount will be increasing by 10 percent on annual basis; these are the conditions that the health insurance scheme intend to cater for. So there will be no major hiccups and cockups as you move into that period, after which there must be a review.