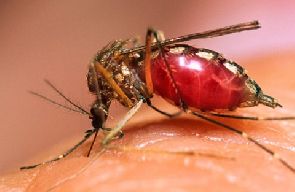 Ghana is readying for the smooth pilot of the world's first malaria vaccine later in the year, officials said on Wednesday.Ghana, Kenya and Malawi will be the first African countries to try out the MosquirixTM vaccine, which acts against Plasmodium falciparum, the most deadly malaria parasite globally, and the most prevalent in Africa.Specifically, the pilot implementation program will evaluate the feasibility of delivering the required four doses of the vaccine, impact of the vaccine on lives saved, and the safety of the vaccine in the context of routine use.The vaccine is being considered as a complementary malaria control tool in Ghana that could potentially be added to and not replace the core package of proven malaria preventive, diagnostic and treatment interventions such as bed nets and indoor spraying with insecticides.Kezia Malm, Manager of the National Malaria Control Program (NMCP), said Ghana was selected for the trial because of its high malaria burden and well-functioning malaria and immunization programs.Malaria is a dreaded disease which kills more children than any other disease and is the leading cause of miscarriage and stillbirths in pregnant women in Ghana.In Ghana, malaria occurs every year with varying transmission intensity throughout the year, affecting all ages, with children under-five and pregnant women being the most vulnerable.In 2017, Ghana recorded approximately 10.2 million suspected malaria cases in the out-patient department (OPD) in a population of some 30 million people, representing a 23 percent decrease over OPD malaria cases reported in 2016.

Use of vaginal tightening drugs can cause infertility in women - Doctor 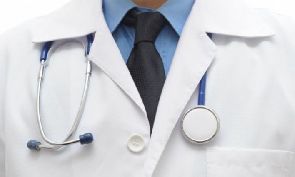 Gynacologist, Dr. Titus Beyou, has warned that the use of vaginal tightening drugs can cause infertility in women. The host of Rainbow Radio doctor was speaking to Kwame Tutu on Rainbow Radio 87.5Fm.He explained further that, the claims that such creams and drugs make the private part of women smell good are false. The use of such drugs rather increases infections in women because it is not helpful to use them.The private part can be cleaned by itself and if you want to clean the place, you can only use water and not vaginal creams or drugs. He revealed that majority of cases of white reported at the hospital are as a result of vaginal creams and drugs.He stressed that, some women have had to undergo operation for their private to be opened before they could sleep with men. ‘’You only need water and not creams or drugs.The use of such creams will only cause infertility and infections in women,’’ he added. He was reacting to claims by actress Moesha Buodong that the use of vagina threatening creams was on the rise.

Read more: Use of vaginal tightening drugs can cause infertility in women - Doctor 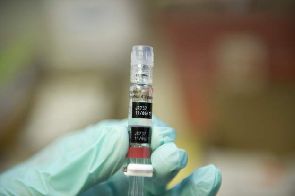 Three African countries will soon start rolling out the world's first malaria vaccine.Last year, more than 200 million people around the world were affected by the disease.Most of those cases were reported in Africa.Ghana, Kenya and Malawi will be among the first nations to try out the vaccine.Malaria was found to be the topmost killer in Ghana according to statistics from the Centers for Disease Control and Prevention (CDC) based in Atlanta, USA.Thirteen percent of deaths recorded in Ghana in 2010 were caused by malaria the highest among the ten other causes named.Every 60 seconds a child dies from malaria in Africa, and despite the fact that infectious disease is the biggest threat to the continent, the spotlight remains focused elsewhere.Africa, with all the issues its 54 countries face, understands the urgent need to tackle killer diseases. Stemming the flow of HIV and AIDS, TB and malaria - while adequately treating existing cases-continues to be a challenge.

FDA confiscates over 6,000 capsules of Tramadol 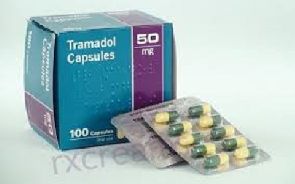 The Western Regional Office of the Food and Drugs Authority has so far seized more than 6,000 capsules of Tramadol from licensed chemical stores across the length and breadth of the Region.Tramadol, a synthetic narcotics drug, used to manage moderate and severe pains could only be sold as a prescribed medicine and not supposed to be sold by chemical stores.Mr Abu Sumaila, Regional Head of the FDA, told the Ghana News Agency that the drug had been abused in no small way by the youth, manual workers and drivers in recent times, mainly because it was accessible at the chemical stores and among drug peddlers.According to him, the abuse of Tramadol could make one addictive, result in brain damage, epilepsy, excessive sweat and also hallucination. In Ghana, the 50 to 100 grams are approved for use, but according to Mr Sumaila a combination of 120 and 80 grams were among those seized.He said within the Sekondi/Takoradi Metropolis, out of the 31 license chemical stores visited, 1060 capsules were retrieved from four stores. At Wassa Akropong and Enchi, 1,050 capsules were seized from two shops out of the 12 visited.

600 malaria deaths in 2017 is a great improvement - Authorities reveal 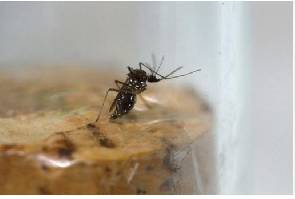 The National Malaria Control Programme says it is working to eliminate the killer disease totally.The Programmes Manager, Dr Kezia Malm, says although 600 deaths were recorded in health facilities across the country in 2017, that is a great improvement compared to previous years.Speaking a day ahead of the commemoration the World Malaria Day, Dr Malm said most of the deaths were as a result of late reporting at the hospital.This year’s celebration is under the theme, ‘Ready To Beat Malaria’.“Because they [patients] come in late, most arrive with anaemia so it is too late to help them,” she told Roland Walker on the AM Show Tuesday.She said her outfit is working with the health facilities to get patients into the hospitals early.“We have focused on preventing people from getting malaria but when those that are unfortunate get it, we ensure they get prompt and effective treatment,” she said.She added that they have also championed the use of mosquito nets, indoor residual spraying…and prevention methods for pregnant women.